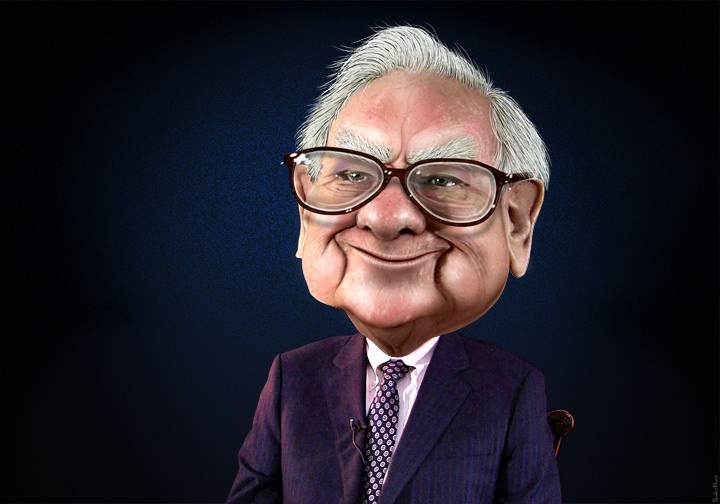 You probably know Warren Buffett as one of the most successful investors of all time, but did you know he’s also one of the most voracious readers ever? It’s true. The Oracle of Omaha famously dedicates about 80 percent of his working day to simply reading and thinking. “I just sit in my office and read all day,” he says. “That’s how knowledge builds up, like compound interest.”

But what exactly is he reading? Here are 10 books Buffett found to be especially worthwhile in his amazing career.

This entertaining collection of New Yorker essays by reporter John Brooks was Buffett’s reply to Bill Gates in 1991 when he asked him for his favorite book. In describing it, he wrote: “there’s an essential human factor in every business endeavor. It doesn’t matter if you have a perfect product, production plan and marketing pitch; you’ll still need the right people to lead and implement those plans.” Gates agrees, noting that the book also serves as a reminder that the principles for building a winning company stay constant across decades and changing business climates.

The Intelligent Investor
by Benjamin Graham

Buffett called Graham’s 1949 volume “by far the best book on investing ever written,” which should be enough to convince any investor who hasn’t read it to pick up a copy. It’s a classic treatise on the philosophy behind “value investing”— the strategy that’s made Buffett one of the richest people on the planet. In his preface to the new edition, Buffett writes: “To invest successfully over a lifetime does not require a stratospheric IQ, unusual business insights, or inside information. What’s needed is a sound intellectual framework for making decisions and the ability to keep emotions from corroding that framework.”

Departing from the topic of stock market investing to that of high-stakes national security, Buffett praises Graham Allison’s urgent call to action regarding the threat of nuclear terrorism. Allison, the founding dean of Harvard’s John F. Kennedy School of Government, sees a nuclear attack on an American city as a question of not “if”, but “when” — unless substantial policy changes are adopted. His book can be read as a blueprint for how peaceful nations must handle the nuclear threat in the 21st century. The good news, Allison writes, is that catastrophe is preventable if appropriate measures are taken.

Former Treasury Secretary Geithner’s book is a “must-read for anyone in management,” according to Buffett. It’s a firsthand account of how he and the Obama administration steered the United States through its worst financial crisis since the Great Depression. Navigating in an intensely pressurized, uncertain environment, his team managed to avoid a second depression, but lost the American public’s trust in the process. While Geithner does offer a candid description of the toll political nastiness took on his family, the book is ultimately a hopeful story about public service.

Jack: Straight from the Gut
by Jack Welch

This autobiography by the former General Electric CEO — a man Fortune magazine called “the manager of the century” — traces his career from a working-class childhood to his early days in GE Plastics, to running one of the world’s most successful companies. Welch spins his tale with trademark bluntness and fire, chronicling billion-dollar deals and high-stakes corporate standoffs. Buffett calls Welch “smart, energetic, and hands-on,” and has advice for any manager interested in holding him- or herself to the highest standards: “Get a copy!”

The Outsiders
by William Thorndike Jr.

This title was at the top of Buffett’s Recommended Reading List in his 2012 letter to Berkshire Hathaway shareholders, in which he called it “an outstanding book about CEOs who excelled at capital allocation.” It profiles eight CEOs who bucked conventional wisdom to deliver exceptional returns to their shareholders. Thorndike extracts lessons from their management careers to reveal a compelling alternative model for anyone interested in leading — or simply investing in — a company.

The Clash of the Cultures
by John Bogle

Another recommendation from Buffett’s 2012 shareholder letter, The Clash of the Cultures is Vanguard founder John Bogle’s analysis of how the principles of long-term investing are being eroded in favor of short-term speculation. Many of his investing insights sound like they could have come straight from Buffett’s mouth, such as “Time is your friend, impulse is your enemy,” and “Remember reversion to the mean.”

Where Are the Customers’ Yachts?
by Fred Schwed

The attention-grabbing title of this book comes from the question a visitor to New York posed in 1940 while surveying the yachts belonging to Wall Street fund managers. A modern classic that exposes the folly and hypocrisy in the professional investment industry, it’s a favorite of many billionaires, including Michael Bloomberg, Charlie Munger, and of course Warren Buffett, who called it “the funniest book ever written about investing” in his 2006 letter to shareholders. “It lightly delivers many truly important messages on the subject.”

Originally published in 1931, the legendary economist’s collection of essays on topics such as inflation, monetary policy and labor forces is required reading according to Buffett. “Reading Keynes will make you smarter about securities and markets,” he told Outstanding Investor Digest in 1989. “I’m not sure reading most economists would do the same.”

Charlie Munger, Buffett’s longtime business partner and vice chairman of Berkshire Hathaway, published this autobiography and investment treatise in 2004. It collects the “greatest hits” of talks he gave at Berkshire meetings and elsewhere, including as essay called “Psychology of Human Misjudgment,” in which he explains certain cognitive traps that can burn investors. Buffett was obviously already a fan, but offered special praise in his 2004 letter to shareholders, calling Munger “the reincarnation of Ben Franklin” — maybe the ultimate compliment from one of America’s ultimate self-made men.

Do you think reading like Warren Buffett is worth the time? Why or why not? Add your comments below…

4 Powerful Productivity Habits of CEOs
What Is the Average Reading Speed?