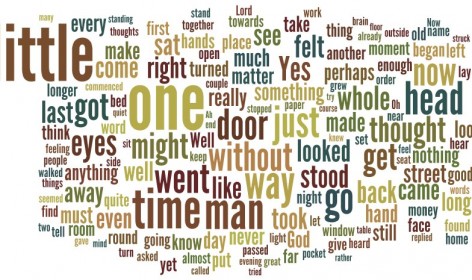 
This is day #28 of the One Book, One Day challenge. We’re going to speed read Hunger by Knut Hamsun at 500 words per minute (WPM) using AccelaReader.com.

About the Book:
Hunger is a novel by the Norwegian author Knut Hamsun and was published in 1890. The novel has been hailed as the literary opening of the 20th century and an outstanding example of modern, psychology-driven literature. Hunger portrays the irrationality of the human mind in an intriguing and sometimes humorous manner. Written after Hamsun’s return from an ill-fated tour of America, Hunger is loosely based on the author’s own impoverished life before his breakthrough in 1890. Set in late 19th century Kristiania, the novel recounts the adventures of a starving young man whose sense of reality is giving way to a delusionary existence on the darker side of a modern metropolis. While he vainly tries to maintain an outer shell of respectability, his mental and physical decay are recounted in detail. His ordeal, enhanced by his inability or unwillingness to pursue a professional career, which he deems unfit for someone of his abilities, is pictured in a series of encounters which Hamsun himself described as ‘a series of analyses.’ In many ways, the protagonist of the novel displays traits reminiscent of Raskolnikov, whose creator, Fyodor Dostoevsky, was one of Hamsun’s main influences. The influence of naturalist authors such as Emile Zola is apparent in the novel, as is his rejection of the realist tradition.